Midterms are behind us, now what?

November is in full swing, and just like that the end of 2022 is in sight. But between now and 2023, there is much to do. Conferences, the development of Community 3.0, places to go, people to see. Read on for...

How can companies help to ensure that every American has a voice in our democracy?

In the not-so-distant past, companies staying silent on civic issues was the norm. However, today, it’s becoming increasingly common for businesses to take a stand on social and political issues that align with their values. In 2021, 150 companies publicly appealed to Congress to pass legislation protecting voter rights. While this effort was ultimately unsuccessful, it signaled a new era in Corporate America, in which companies began using their public platforms to advocate for change. Whether it's the midterms or other important elections, companies have an opportunity to educate employees on the issues and enable them to exercise their voting rights.

And many companies have already begun empowering employees. One notable example is Starbucks’ Fuel Our Democracy platform, which encourages voter turnout and supports election reform. Starbucks has also joined 800 other companies in the Civic Alliance – a nonpartisan group of companies committed to ensuring that every American has a voice in our democracy and that elections are safe, accessible, fair, and transparent.

While midterms are now behind us, the work to uphold our democracy is never done. We can all do our part in ensuring that every American has a voice in our democracy and that elections are safe, accessible, fair, and transparent.

Check out the Fuel or Democracy Platform 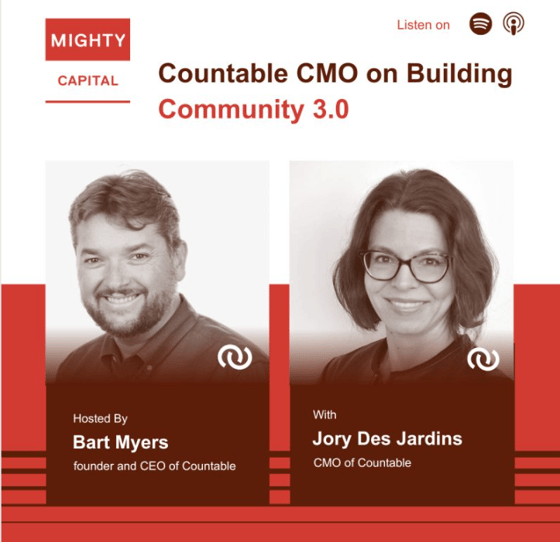 How will "Community 3.0" impact marketers for change?

"I think now with cookies going away, marketers are asking themselves, how do I have an authentic connection? Again, how do I get not just first-party data, but zero-party data."

In this new episode of the Mighty Capital Podcast, Countable CEO, Bart Myers interviews friends, colleagues and partners (including Countable's CMO, Jory Des Jardins) who have spent years thinking about community. They talk about how Community has evolved, with such forces as Web 3 and the sunsetting of third-party cookies. What does this now mean for marketers, activists, and organizations invested in change?

Listen to the full episode 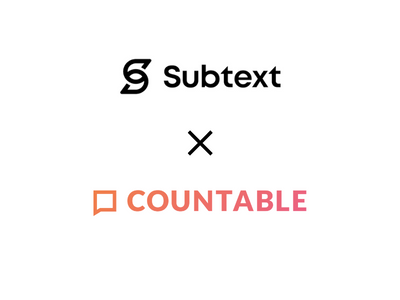 According to census data, 23% of US households do not have direct access to broadband but 97% percent utilize SMS for various communication purposes. This partnership will enable us to not only integrate best-in-class SMS services but to also accommodate the need for brands and organizations to engage whole communities often left out of communication strategies – most commonly consisting of low-income families, essential workers, and remote-access households.

"Countable is changing the way brands and organizations engage with their communities, and we couldn't be more excited to help them continue to drive meaningful impact. Every day we have the chance to see how opening up a dialog with supporters lends itself to engagement and a personal sense of belonging. The combination of these two industry-leading technologies is only going to accelerate the trends we're already seeing."

Read more about the partnership here.

Countable is heading to HLTH

A recent BCG report revealed that 91% of patients say online communities play an extremely important role in their health decisions. Because of this fact, Countable has been actively building patient communities, and we'll be talking about it at HLTH in Las Vegas, November 13th to 16th, 2022.

Wishing you a great start to November!

How to leverage a private community platform to drive customer engagement 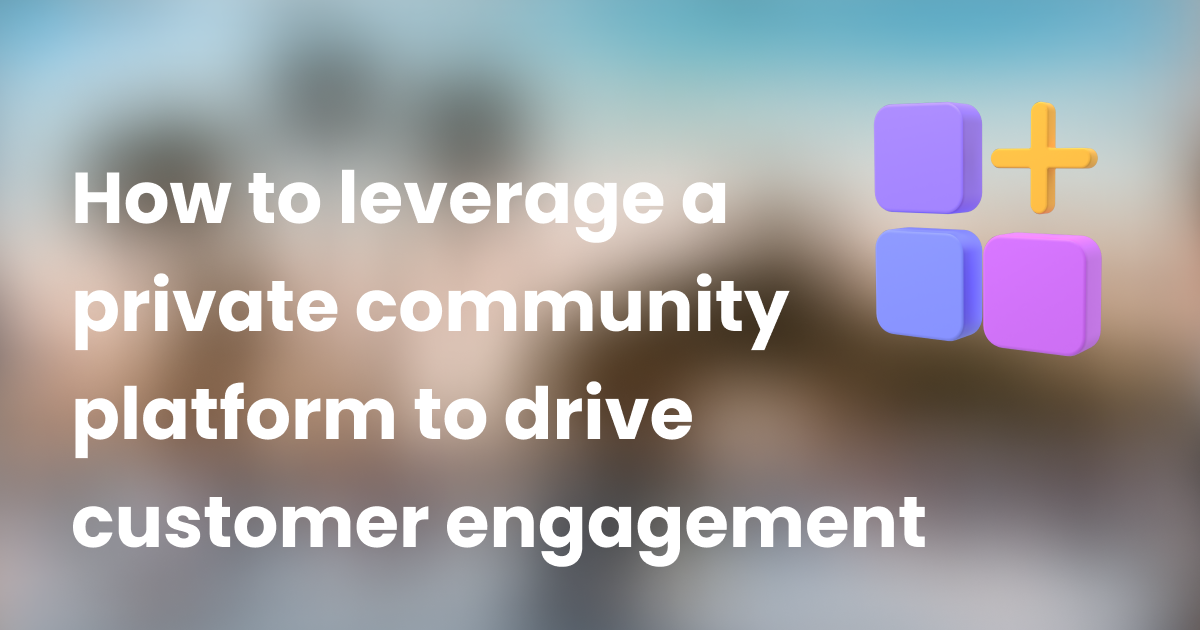 How to leverage a private community platform to drive customer engagement 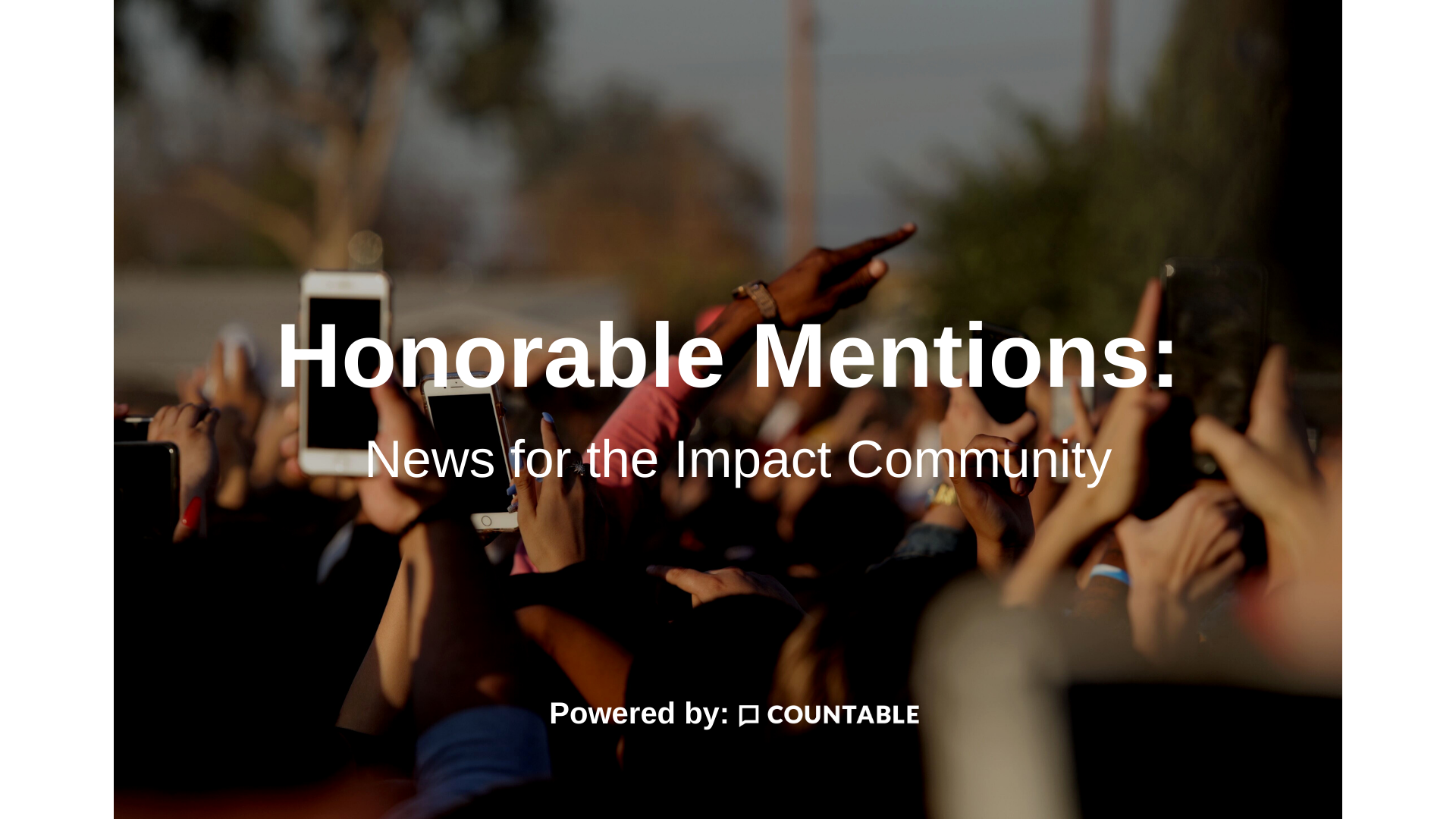 Midterms and more around the corner